Thank you to our friends at WCNC, especially Julia Kauffman, for sharing the story below!
--
"Pineville brewery wins national award for a beer that gives back

The 'Hops on One Leg' IPA benefits the Move for Jenn Foundation, which gifts activewear prosthetics to people that have lost limbs. 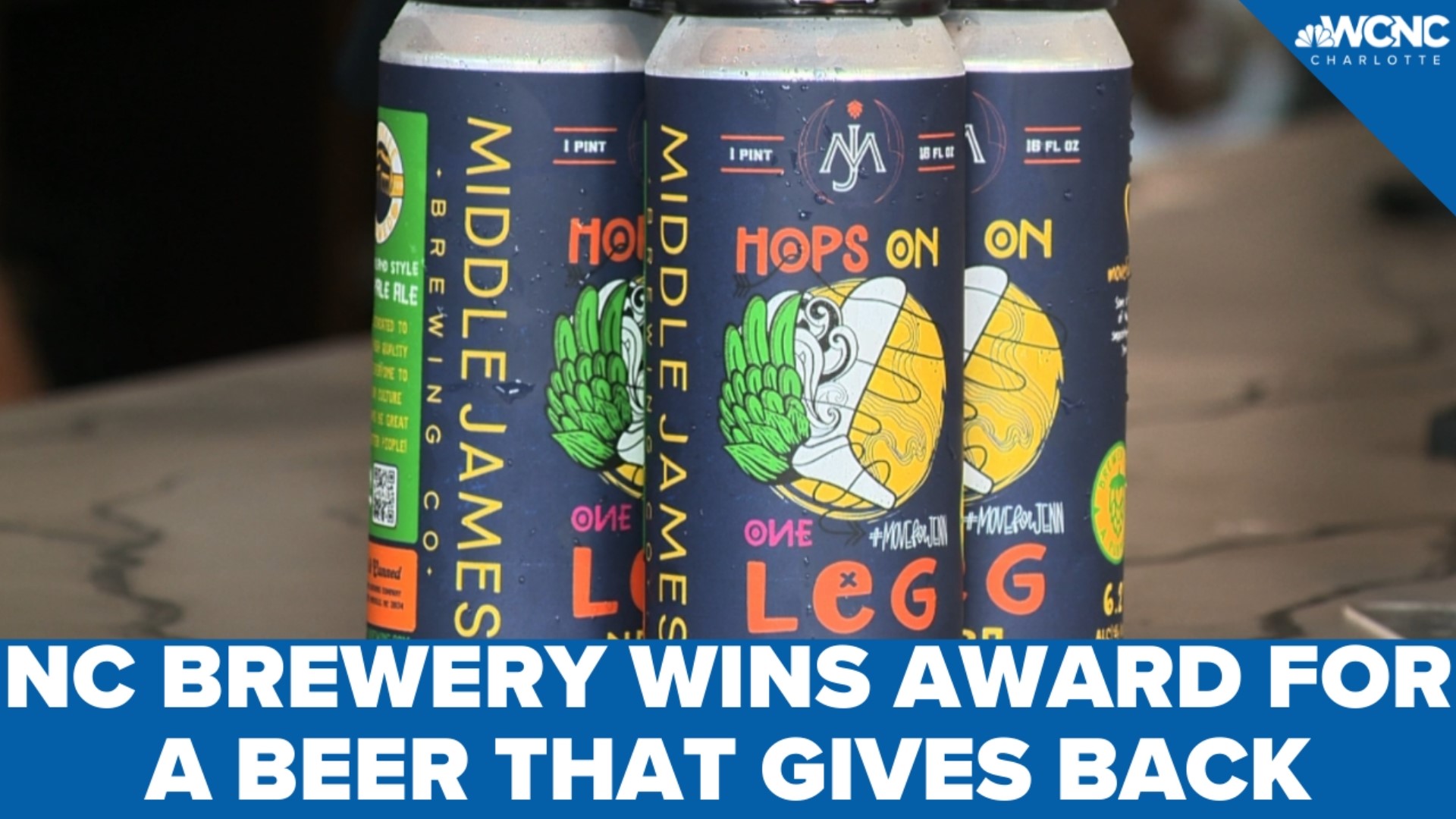 PINEVILLE, N.C. — Middle James Brewing Company in Pineville recently won a national award for one of its IPAs called "Hops on One Leg." While the beer was recognized for its taste, the reason behind its creation is what's catching people's attention.

Co-owner and brewer Andrew Viapiano said Middle James Brewing has won three awards this year, but the win for "Hops on One Leg" tastes sweeter.

'It's been awesome,' Viapiano said.

That’s because the IPA was made for the Move for Jenn Foundation, a Charlotte nonprofit that gifts activewear prosthetics to people that have lost limbs.

Andrews lost her right leg to sarcoma in 2018 but that didn’t stop her from living an active lifestyle. Now, she’s dedicated to helping others do the same.

'I quickly learned that activewear prosthetics were not covered by insurance,' Andrews said. "That was devastating to me to think about all the people who weren’t being active because of the financial burden.”

The foundation has gifted 28 prosthetics across the world so far.

In December, Andrews and her husband poured themselves into creating 'Hops on One Leg' with Middle James. Proceeds of beer sales go toward buying the expensive prosthetics.

Andrews said from money raised in the beer's first quarter, they funded prosthetics for two people to start running again.

Viapiano said the IPA is popular at the brewery. Plus, they’ve sold over 10,000 cans in over 30 different locations across Charlotte with more batches on the way. They hope this award from the U.S. Open Beer Championship will help them sell more brews, so they can change more lives.

The Move for Jenn Foundation is hosting a golf tournament on Aug. 22 and its annual 5K in Ballantyne is on Oct. 29. More details can be found on the foundation's website.

For more from WCNC and Move For Jenn, check out this video.